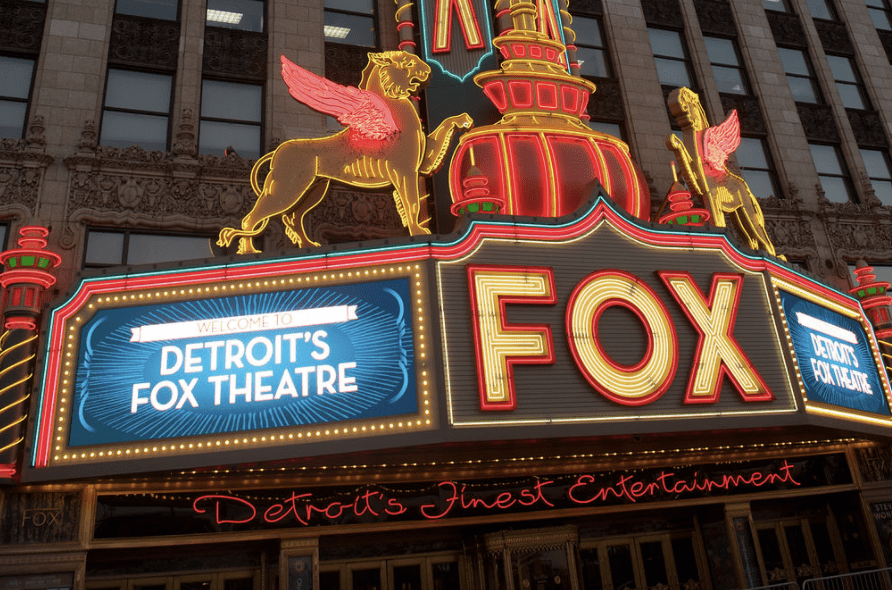 313 Presents announces its 2022-23 Fox Theatre Series presented by Comerica Bank featuring award-winning Broadway musicals, interactive stage shows and treasured holiday favorites. The schedule opens with an abundance of holiday cheer as ELF The Musical returns to the Fox Theatre, followed by A Charlie Brown Christmas, Mannheim Steamroller Christmas by Chip Davis, NUTCRACKER! Magic of Christmas Ballet and the debut of “‘Twas the Night Before…” By Cirque du Soleil.

Other standouts include award-winning Broadway hit Legally Blonde – The Musical and fan-favorite RAIN: A Tribute To The Beatles. Newcomer Bluey’s Big Play makes its first live theater appearance in the U.S., bringing the Emmy® Award-winning animated preschool series to life on stage. Beloved by fans of all ages, Riverdance takes to the Fox Theatre stage once again with the thrilling energy and passion of its Irish and international dance. Rounding out the series, families will enter the madcap world of King Julien for the smash-hit musical Madagascar The Musical.

Tickets for the 2022-23 Fox Theatre Series presented by Comerica Bank go on sale Monday, July 25 at 12 p.m. and can be purchased at 313Presents.com and Ticketmaster.com. *Individual tickets to these productions are on sale now

Subscription packages and group tickets of 10 or more are on sale now at 313Presents.com or by calling 313 Presents Groups Sales at (313) 471-3099. The subscription package provides up to 20 percent savings when purchasing three or more titles. The package is valid on select price levels and performances and is not valid on previously purchased tickets. Guests enjoy flexibility to create personalized plans with the shows they want to see on the dates and times that best fit their schedule. In addition, plan purchasers receive one-on-one service from a dedicated account executive, early venue entry to members-only concessions and discounted rates for advanced parking.

Guests attending shows this season are encouraged to arrive early and preplan for parking and venue security screenings. Single compartment bags, wallets and clutches smaller than 4″ x 6″ x 1.5″ with or without a handle or strap are permitted. Medical bags, diaper bags, and other medical devices sized smaller than 14″ x 14″ x 6″ are allowed. Early arrival of at least an hour is encouraged for each series performance. Doors generally open 60 minutes prior to show time, unless otherwise noted. For information on directions and parking, please visit www.313presents.com/plan-your-visit/directions-parking.

The Fox Theatre uses mobile ticketing as the preferred method of entry. Through Ticketmaster’s user-friendly platform, guests will use their mobile devices as a show ticket. Prior to arrival, guests are encouraged to view and save all tickets to their Apple Wallet or Google Pay. Then upon entry, guests will present the mobile ticket’s unique QR code for scanning by accessing their mobile wallet. To learn more about mobile ticketing and the online management of tickets, please visit www.313presents.com/mobile-ticketing.

ELF is the hilarious tale of Buddy, a young orphan child who mistakenly crawls into Santa’s bag of gifts and is transported back to the North Pole. Unaware that he is actually human, Buddy’s enormous size and poor toy-making abilities cause him to face the truth. With Santa’s permission, Buddy embarks on a journey to New York City to find his birth father, discover his true identity, and help New York remember the true meaning of Christmas. This modern-day Christmas classic is sure to make everyone embrace their inner ELF.

A Charlie Brown Christmas celebrates the timeless television classic as the whole family can join Charlie Brown, Snoopy, Lucy, Linus and the rest of the Peanuts characters in their journey to uncover the true meaning of Christmas.The show encompasses each of your favorite scenes from the original animated television show, with more fun, more music, and more finding the true Christmas spirit. After the final bow, the show crescendos into a celebration of song as the audience is invited to join the Peanuts gang in singing traditional Christmas songs and carols.

Mannheim Steamroller Christmas by Chip Davis is the longest running consecutive tour in the music industry. Experience the magic as the spirit of the season comes alive with the signature sound of Mannheim Steamroller and dazzling multimedia effects in an intimate setting.

The acclaimed holiday tradition NUTCRAKER! Magic of Christmas Ballet performs at the Fox Theatre on its 30th Anniversary tour. Gather friends and family to re-live your fondest childhood dreams, overflowing with larger-than-life puppets, breath-taking acrobatics and dazzling costumes. Experience the exquisite artistry of the international cast, featuring stars of Ukraine ballet, performing at the highest level of classical technique.

“’Twas the Night Before…” by Cirque du Soleil is an exhilarating spin on the beloved Christmas classic as only Cirque du Soleil could imagine. Join Isabella, a curious girl, jaded by the craze surrounding Christmas, as she is whisked away to an upside-down, inside-out world of the poem where she meets colorful characters of this timeless classic. Cirque du Soleil’s first-ever Christmas show, ‘Twas the Night Before… is a flurry of love, Christmas cheer, rip-roaring fun and hugely lovable characters that will become a new tradition for families to cherish.

Riverdance 25th Anniversary Show is a powerful and stirring reinvention of this beloved favorite, celebrated the world over for its Grammy® award-winning score and the thrilling energy and passion of its Irish and international dance. Immerse yourself in the extraordinary power and grace of its music and dance – beloved by fans of all ages.  Fall in love with the magic of Riverdanceall over again.

Fabulously fun and international award-winning Legally Blonde – The Musical is the ultimate Broadway tribute to Girl Power. The story follows the transformation of Elle Woods as she tackles stereotypes, sexism, snobbery and scandal in pursuit of her dreams, and proves that you can be legally blonde and STILL the smartest person in the room. This contemporary, sassy musical moves at a breakneck pace driven by memorable songs and explosive dances. Legally Blonde – The Musical warms the heart by proving that self-discovery can be way too much fun and hilarious to boot.

Direct from Broadway! RAIN — A Tribute to the Beatles presents Abbey Road! In celebration of the release of Abbey Road, RAIN will bring the greatest hits to life in addition to all your early favorites. This mind-blowing performance takes you back in time with the legendary foursome delivering a note-for-note theatrical event that is the next best thing to seeing the Beatles. Experience the worlds’ most iconic band and come celebrate the best of Abbey Road with RAIN — A Tribute to the Beatles.

Bluey’s Big Play, the Emmy® Award-winning animated preschool series, which airs on Disney Junior, Disney Channel and Disney+, will be “taking the show on the road”. Fans of all ages will get to see Bluey, Bingo, Bandit, and Chilli as they’ve never seen them before, as the Heelers embark on their very first live theater show in the U.S. featuring puppetry, live actors, and iconic sets. Based on an original new story written by Bluey creator Joe Brumm, Bluey’s Big Play The Stage Show also contains new music by Bluey composer, Joff Bush.

Join Alex, Marty, Melman and Gloria as they bound out of the zoo and onto the stage in Madagascar the Musical. This smash hit musical features all your favorite crack-a-lackin’ friends as they escape from their home in New York’s Central Park Zoo and find themselves on an unexpected journey to the madcap world of King Julien’s Madagascar. This musical from Dreamworks (Shrek The Musical) will leave audiences with no choice but to “Move It, Move It!”! 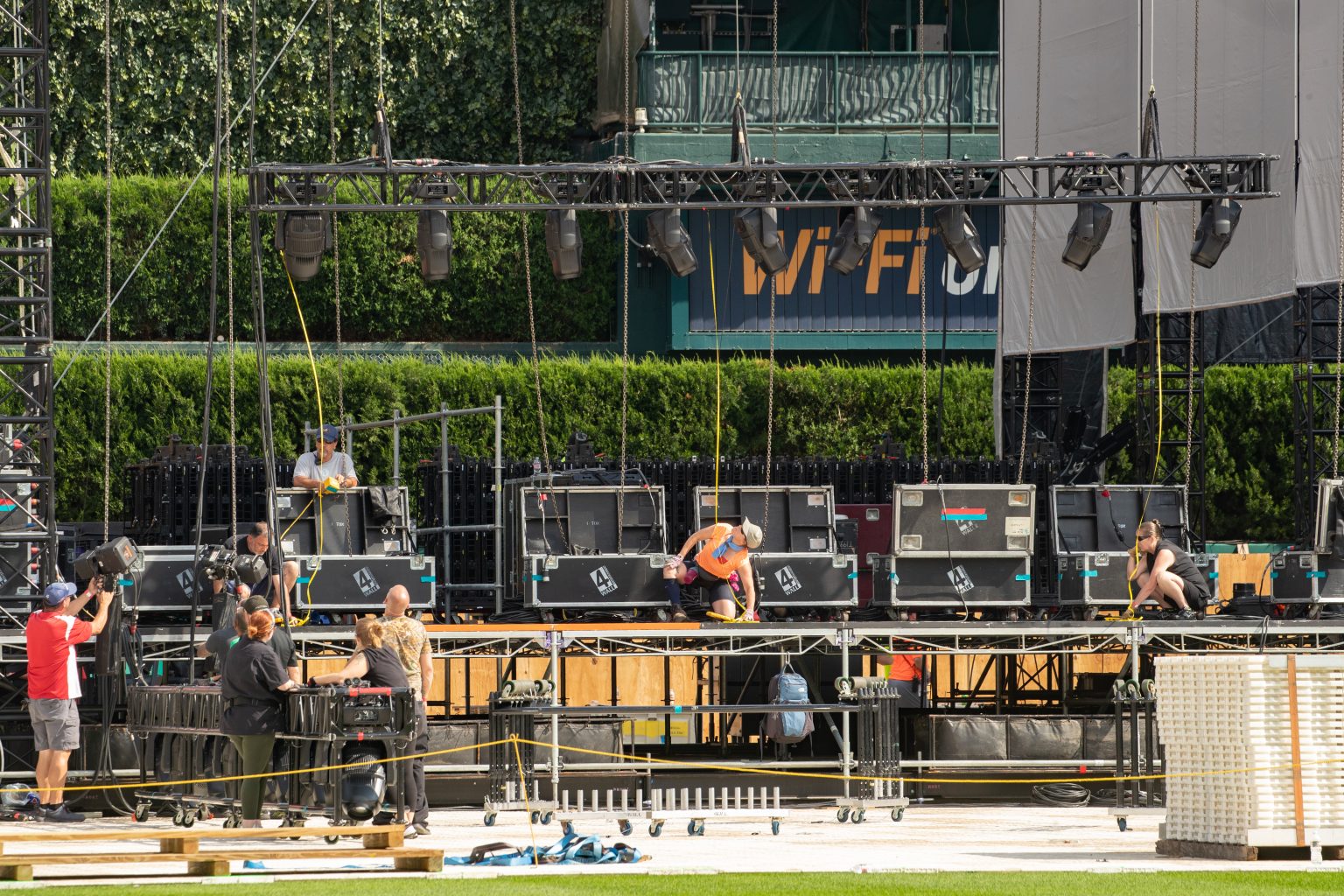 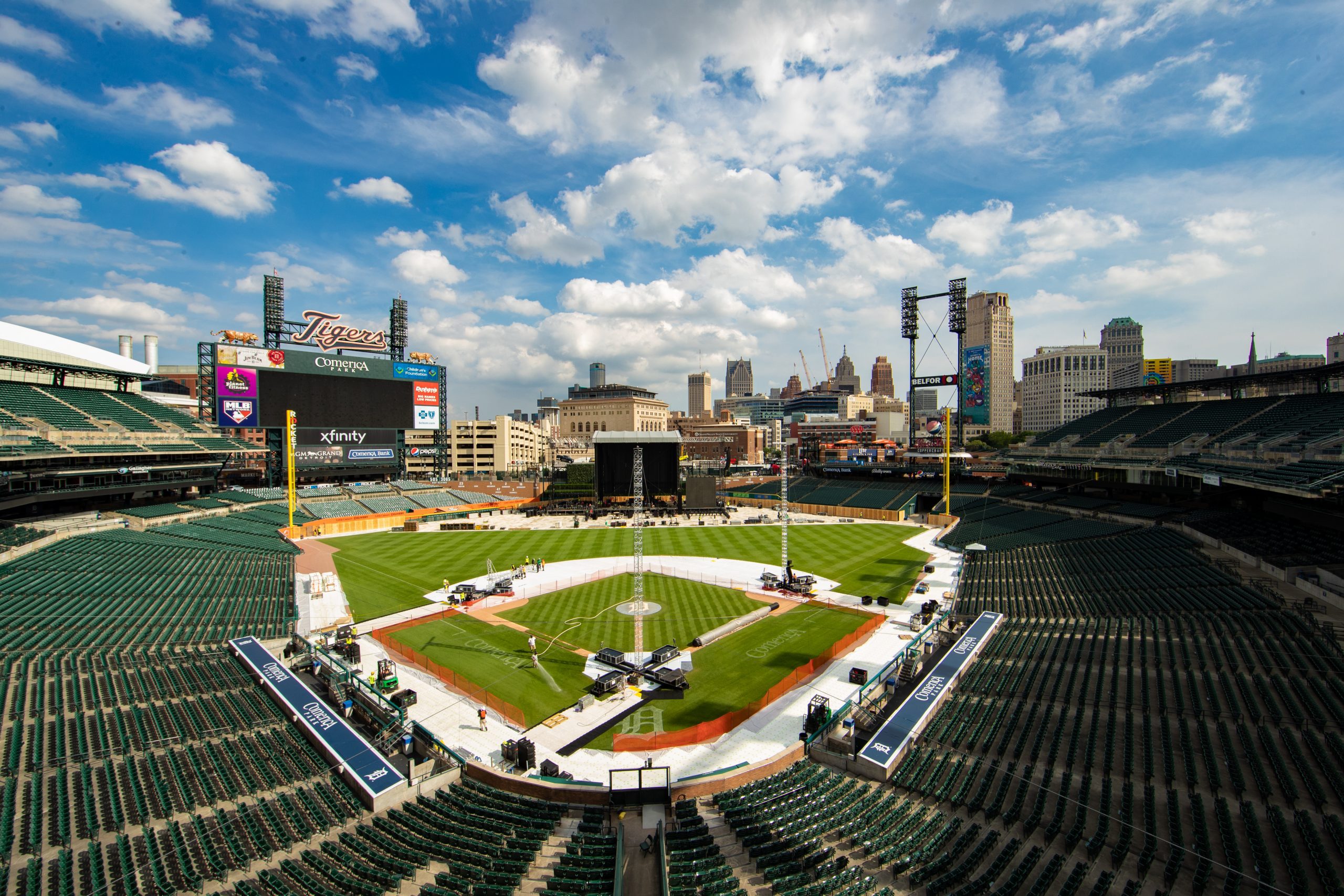 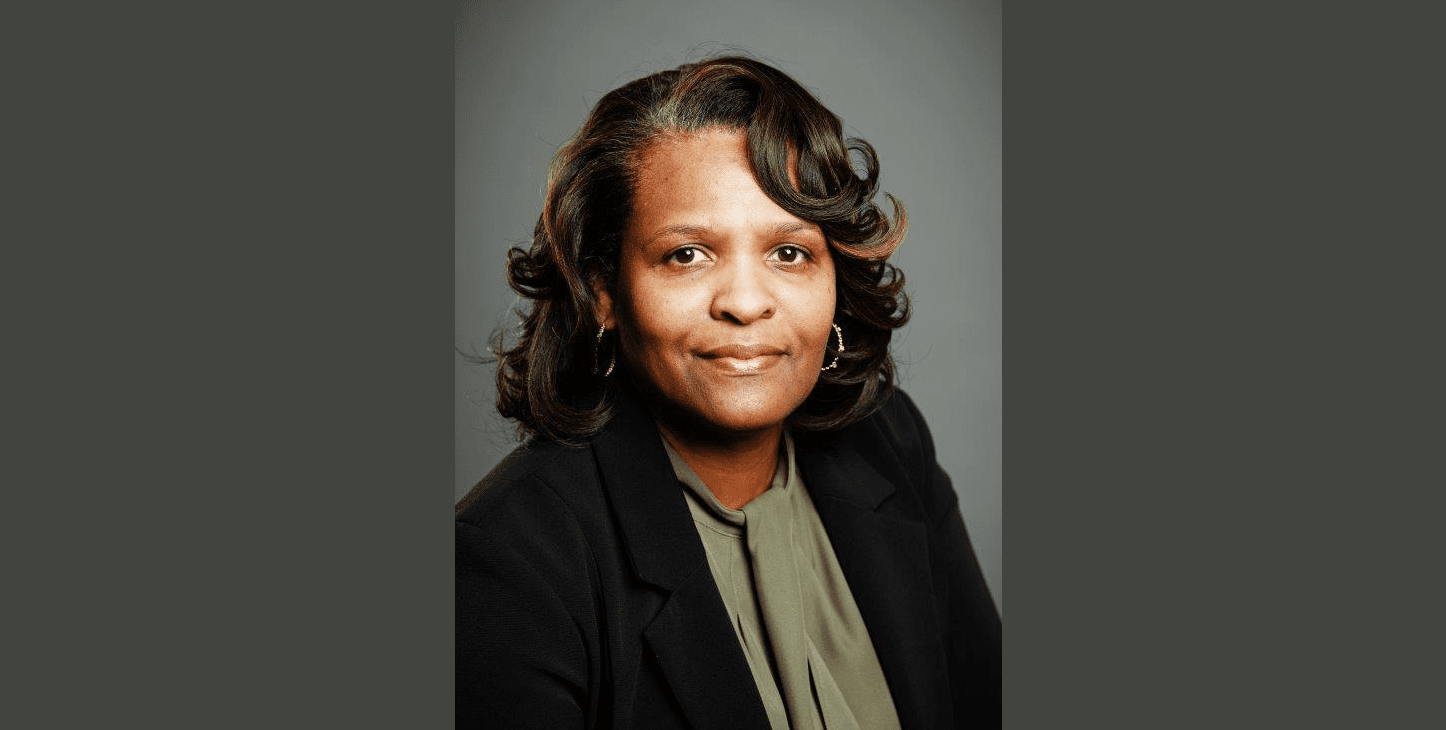 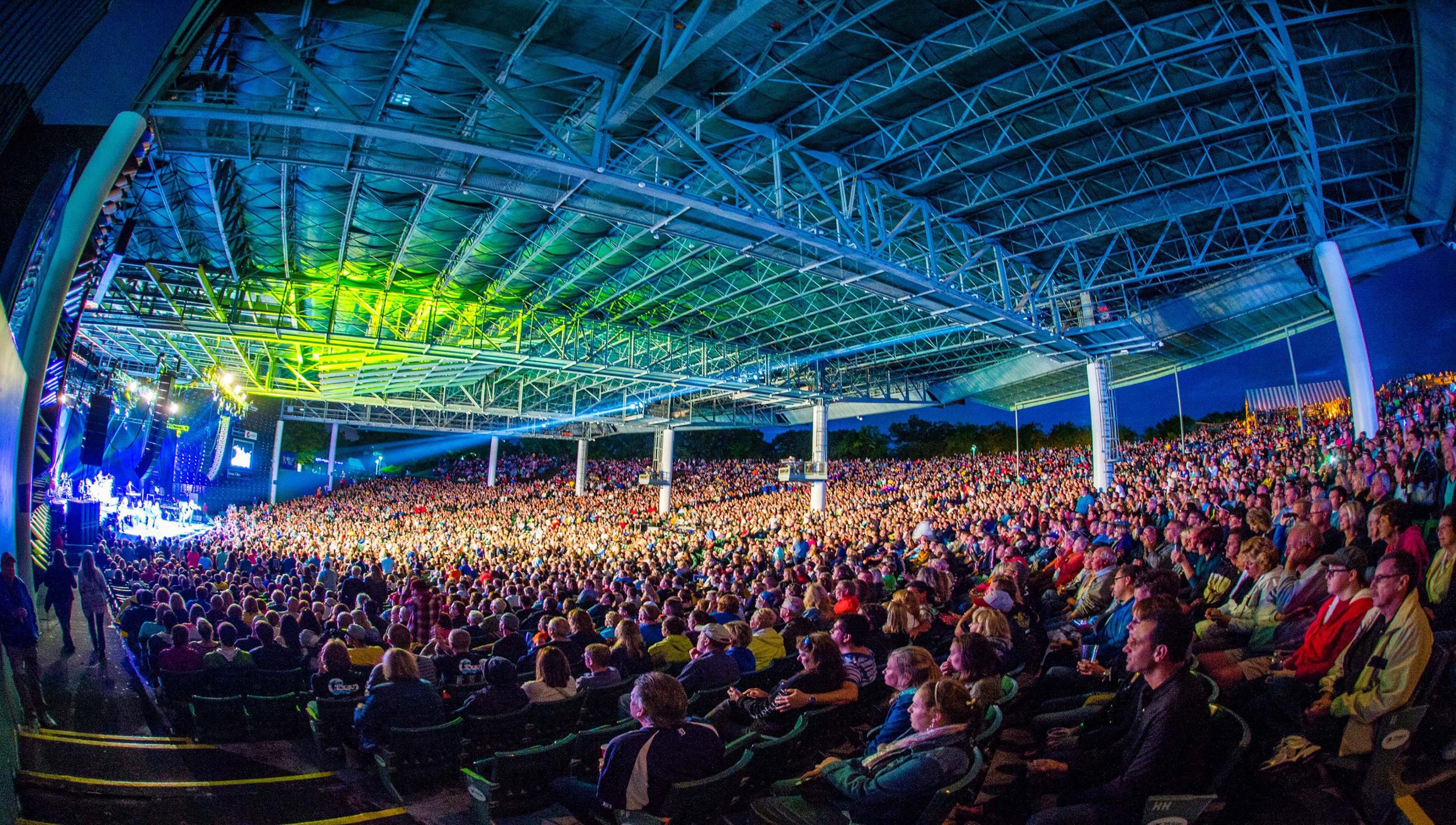