Lou Whitaker – one of the greatest position players to ever wear the Olde English ‘D’ – will have his iconic No. 1 retired at Comerica Park on Saturday, August 6 when the Detroit Tigers host the Tampa Bay Rays at 6:10 p.m. Limited tickets remain for that night’s game, which is presented by Bally Sports Detroit, in addition to special events for Tigers fans throughout the week.

Fans can visit tigers.com/tickets to reserve their seats for August 6, and are encouraged to arrive early and be seated by 5:15 p.m., in order to catch all of the pregame festivities. The first 10,000 fans through the gates will receive a Lou Whitaker Replica Road Jersey, presented by Bally Sports Detroit. Comerica Park gates will open at 4:30 p.m.

“Sweet Lou” will become just the eighth player in Tigers history to have his uniform number retired, joining Charlie Gehringer, Hank Greenberg, Willie Horton, Al Kaline, Hal Newhouser, Alan Trammell and Jack Morris, the latter two of which were his fellow teammates on one of the greatest teams in Detroit sports history that captured the 1984 World Series championship.

“Tigers fans have eagerly waited two years to celebrate this momentous occasion for Lou Whitaker, and we’re thrilled that day is here,” said Ilitch Holdings President and CEO and Detroit Tigers Chairman and CEO Christopher Ilitch. ‘Sweet Lou’ will join a distinguished club of legends, and his name will forever be etched in Tigers history as one of the best to ever wear the Olde English ‘D.’ On behalf of the entire Detroit Tigers organization, we congratulate Lou on this well-deserved honor, and we look forward to celebrating with him, his family and Tigers fans on August 6.”

Tigers fans – no matter the age – hold a special place in their hearts for Whitaker. He is a five-time All-Star, three-time Gold Glove winner and was the 1978 American League Rookie of the Year. Perhaps most famously, Whitaker was an anchor of one of the best double-play duos in baseball history, teaming up with Trammell in the middle infield for nearly 20 seasons (1977-95) wearing the Olde English ‘D’.

Tigers fans have enthusiastically responded to a private dinner honoring Whitaker at the MotorCity Casino Hotel Tiger Club inside Comerica Park on Wednesday, August 3. A portion of the proceeds from the sold-out event will benefit the Detroit Tigers Foundation, whose mission is to enhance lives through the game of baseball, with a focus on youth, education and recreation. In addition to Lou Whitaker, Willie Horton, Lance Parrish and Alan Trammell will also be a part of the event.

Prior to the Friday, August 5 game between Tigers and Rays, ticketed fans are invited to enjoy a conversation with Whitaker on the Comerica Park concourse from 6-6:40 p.m. The session, which will take place adjacent to the Comerica Bank Big Cat Court, will be hosted by Bally Sports Detroit’s Trevor Thompson. Fans will also have the opportunity to ask questions to Whitaker.

From 11 a.m. until 1 p.m. on Saturday, August 6, Whitaker will sign autographs for fans that purchase advanced tickets for the event or on-site at The D Shop at Comerica Park. Tigers fans can secure tickets for the autograph session today at Tigers.com/Authentics.

Whitaker’s special on-field ceremony will feature many former Tigers greats and include “Sweet Lou’s” family who will also be in attendance. The celebration will be hosted by Tigers play-by-play voice Dan Dickerson.

Whitaker’s No. 1 will be permanently stenciled alongside other Tigers legends in center field at Comerica Park, and will appear on the field near second base for the August 6 game. Tigers players and coaches will also wear a Lou Whitaker number retirement patch on the left sleeve of their uniforms for the game against the Rays. 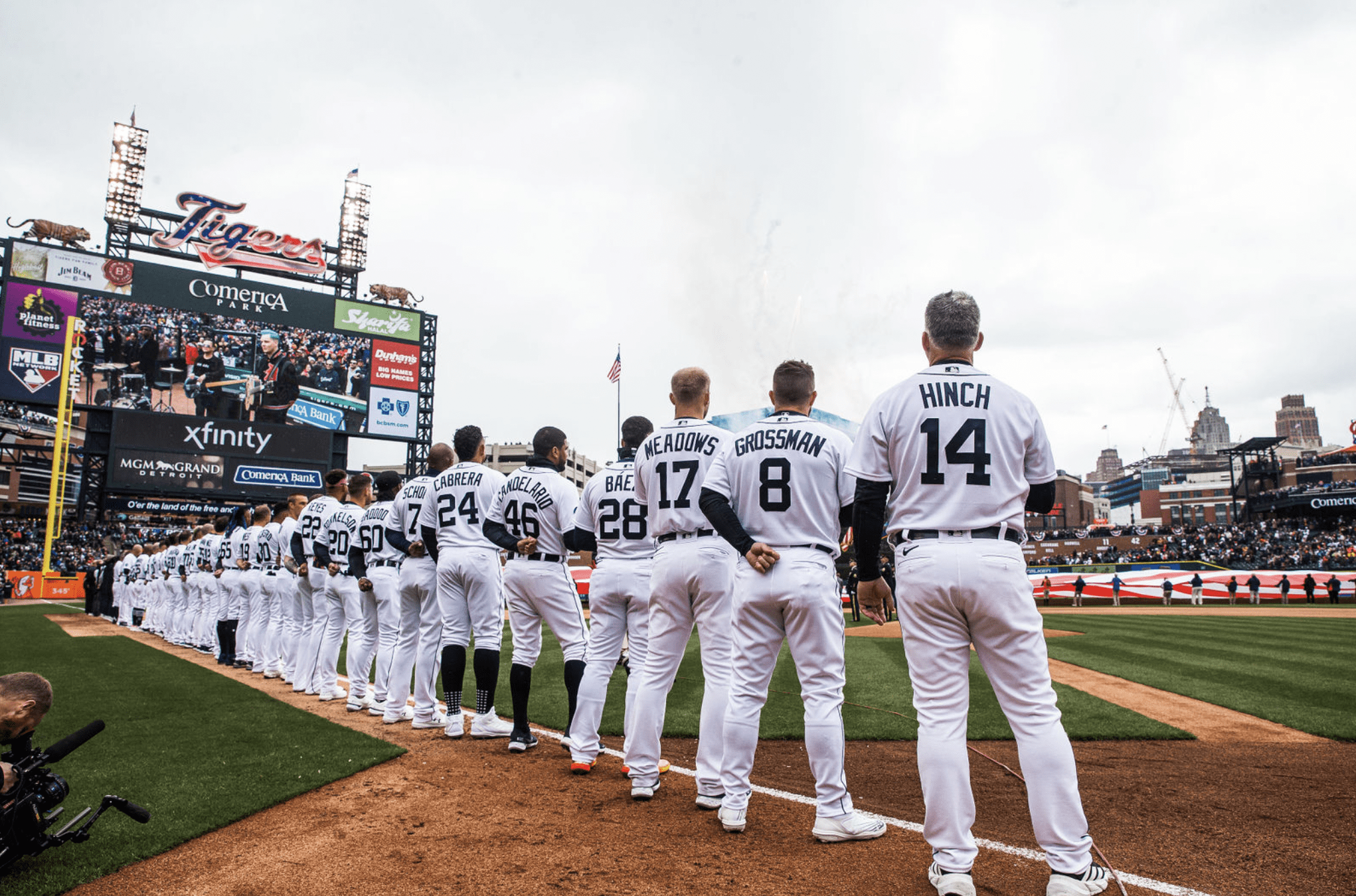 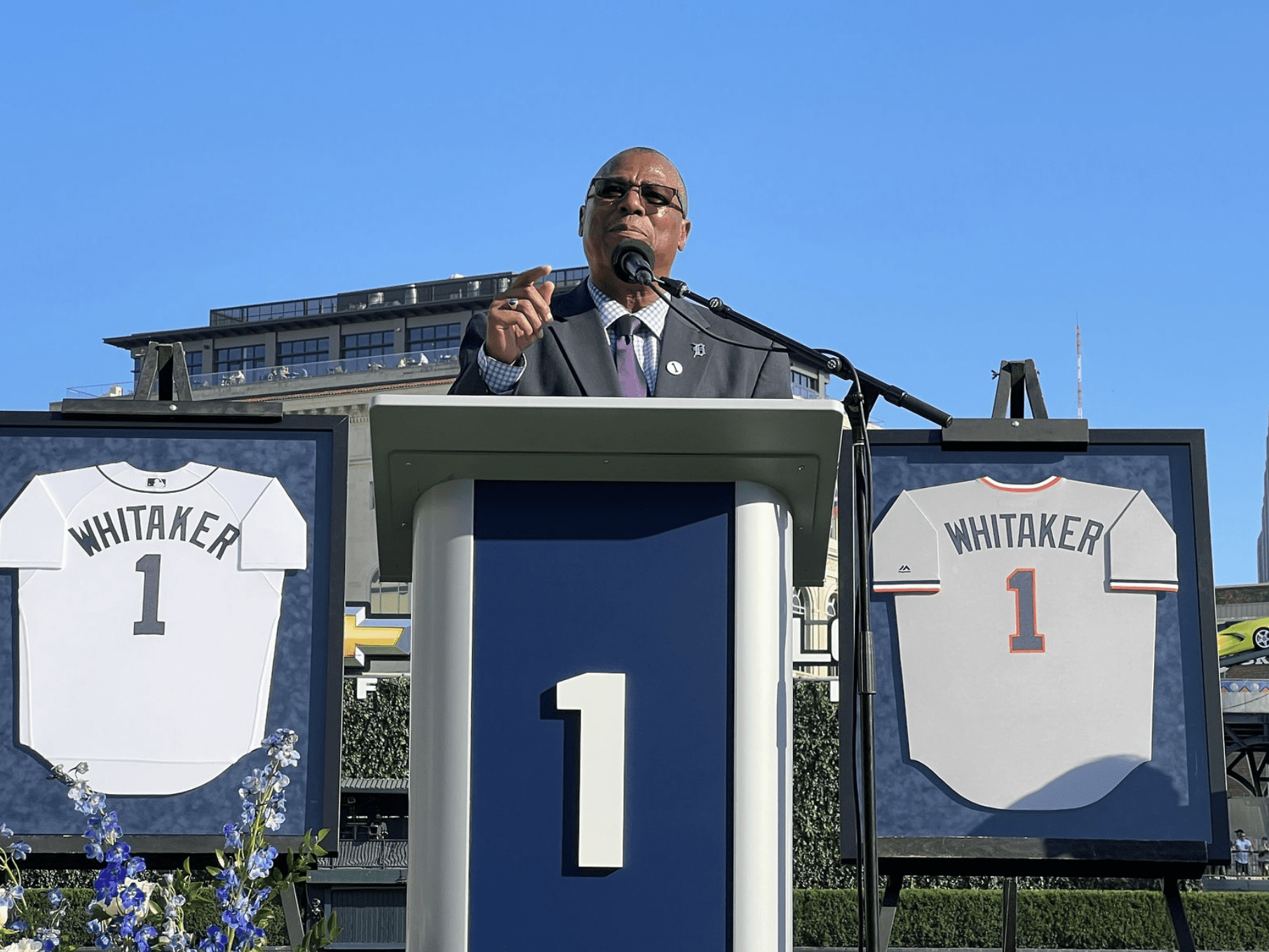